This fall will commence my fourteenth year of writing “Let Inga Tell You.”  It’s been the best retirement gig ever. I’ve covered a lot of topics, some of them repeatedly: technology, kids, rats husbands, weight, parking, appliances, Covid, and a host of local issues.  Over the last few columns, I’ve re-capped some of my favorite leads from the time I started this column. (No, I’m not retiring.)  Previously, I covered Husbands, kids, pets, grandkids, health, and aging. This week it’s Life in La Jolla.

I know that everyone has to die of something.  I, for example, am more than willing to die from chocolate.  What I’m not willing to have as the cause of my demise is Death By Vons Parking Lot.  People roar down the aisles of that lot like Bobby Unser on the Indianapolis Speedway.  Except, of course, that when Bobby took the curve in the final stretch, he wasn’t talking on his cell phone.  [August 20, 2009]

I think it should be standard practice that after a remodel, you give a party for your neighbors and beg their forgiveness. [“September 11, 2014]

It was the Monday of Thanksgiving week, three days before the kids and grandtots would be arriving, when my kitchen suddenly smelled like a marlin had died on the counter top. I only had one question:  Does God hate me? [Dec. 10, 2015] (A possum had died and decomposed in the crawl space under my kitchen.)

You know you’re turning into a curmudgeon when you can’t decide whether to write about dog poop or leaf blowers.  [Sept. 19, 2013]

Those who celebrated the Chinese New Year on January 25 know that this is the Year of the Rat.  I couldn’t help but reflect that in La Jolla, it is always the year of the rat.  The little buggers really like it here. [March 12, 2020]

You know that life around you has become too perpetually noisy when you hear a sound that you can’t quite place but seems familiar. Then you realize it’s birds chirping.  In fact, it’s your own aviary birds. [May 5, 2021]

Sometimes I think I’ve fallen into the twilight zone when I realize I live in a state where it’s legal to get an abortion, but not a haircut.  [Jan. 13, 2021]

With an 11,000 square foot lawn-infested lot and only a 1600 square foot home, my husband and I are plagued with nightmares of San Diego’s newly-created Water Police showing up in the dead of night. The only question is:  will they be after us or the azaleas?  [June 2, 2009

Even in a beach community, restaurants have standards, as in the not-uncommon sign, “No shirt – no shoes – no come in.”  It goes without saying that they’re referring to guys as nothing would probably be better for business than women showing up topless. [Aug. 24, 2017]

The man who knocked on my front door pointed to the curb.  “Is that your car?”  Instantly you know there’s no good news to be had.  Which doesn’t, of course, keep you from fantasizing he’ll say, “I just wanted to say that I totally love those older model Toyota Corollas.  Such classic lines.  And SO affordable.”  [May 1, 2014] [My car was hit-and-run.]

One night about a year and a half ago, some miscreants wandered up and down our street and smashed the side mirrors and tail lights of more than 50 high-end cars. They significantly damaged our neighbor’s Lexus SUV then moved to our driveway where they whacked Olof’s BMW. But like the Angel of Death, they passed over my 2005 Corolla. I couldn’t help but wonder at the time: was this a class thing? Did they consider my crappy Corolla one of their own? Or, I feared, did they just think it wasn’t worth the effort?  [May 7, 2015] 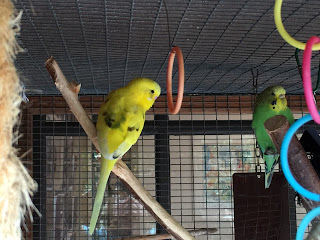 When you can’t even hear your own outdoor aviary birds, you know that surrounding construction projects are out of hand.