*A Wild And Crazy Technology Frenzy


Over the Christmas holidays, I went into a wild and crazy technology frenzy and had the kids install both Instagram and Uber on my iPhone. I’m not actually interested in posting photos on Instagram myself but my daughter-in-law posts lots of adorable grandtot photos on hers which I was eager to see. Of course, I tried to install it first and messed it up beyond all belief. The kids used to encourage me to try software installs myself (teach a person to fish) but they’ve come to realize that some people simply cannot be taught to fish and will be a drain on society for life. I have many talents, but technology is not one of them.

I confess that part of my motivation was that now that I’ve had a smartphone for two years, I thought it was time to add an app. I didn’t want to rush into anything. I know people who say they have maxed out the number of apps their phone will allow. I’m agog. How do they even remember what all of them do? Every icon on my phone came with the phone and fits on one screen. Or did anyway. I felt bad for that Instagram app all by itself on the second screen so I decided that as long as I had tech support available, I’d add Uber as well. So now the Instagram app has a friend.
I truly think Uber is the best invention ever. As one who has lived in San Diego for decades, my opinion of certain local taxi services is withering at best. I don’t want to mention any names but the ones I’m talking about are often associated with citrus colors. Ever since flat rate transportation companies entered the field, these are the only ones Olof and I will use to go to the airport, having been stood up by the citrus folks one too many times. (Once, my lawn guys took me to the airport in their truck – my suitcase and their mower rolling around in the back - when the citrus service announced it would be an hour late.)

While taxis regularly circulate around the bars in Pacific Beach, my son and friends, then college students, stood on Prospect Street in downtown La Jolla late one night for an hour and a half for a citrus cab that repeatedly said it was en route but never showed.
A friend who lives in University City waited endlessly for a citrus cab after each of a series of oral surgery appointments in downtown La Jolla. One time, a driver showed up after an hour announcing he was taking pity on her because all the citrus drivers were hoping for airport runs and were simply ignoring her call, despite insisting they were on their way. He expected a generous tip for this.

Worst of all, I can’t even count the number of times I gave rides home to elderly women supermarket patrons waiting with their defrosting groceries for the cab that was called for them but which, 60 minutes later, had still not arrived. Fortunately, I don’t look dangerous so these women were willing to get in my car. Or, kidnapping sounded more appealing than continuing to wait for the cab. I get that cab companies want longer hauls. But saying you’re coming when you’re not? There should be a special place in hackney hell for you guys.
Those ladies waiting outside the supermarket put the Fear of Being a Non-Driving Senior in the Land of Crappy Public Transit squarely in my heart. Buses, alas, aren’t reliable either and often don’t run at night. But Uber happily does short hauls. And comes immediately! Any time! When they say they’re coming, they actually come! On top of that, they’re half the cost! And no I don’t have stock in Uber!


One teeny weeny problem with Uber, at least as far as senior citizens are concerned:  You currently need a smartphone. Fortunately, once your techno savvy kids have installed it for you, the app is almost frightening easy to use. You push the Uber icon and the driver knows where you are because of the GPS on your phone, and comes and gets you. Your credit card is already on file with them so you don’t even have to have cash. Tip is included!
The people who manufacture those large-print totally basic Jitterbug cell phones for the elderly would be wise to immediately make standard an Uber app on it. Advice for 18-year-old techno geek app designers: It should be a button with a CAR on it, okay? You’re dealing with a population who isn’t getting either younger or more techno savvy.

Truly, I think if we could get the smartphone thing worked out, Uber will be the biggest boon to seniors since knee replacements.

Sorry, citrus guys. It’s the juicer for you. 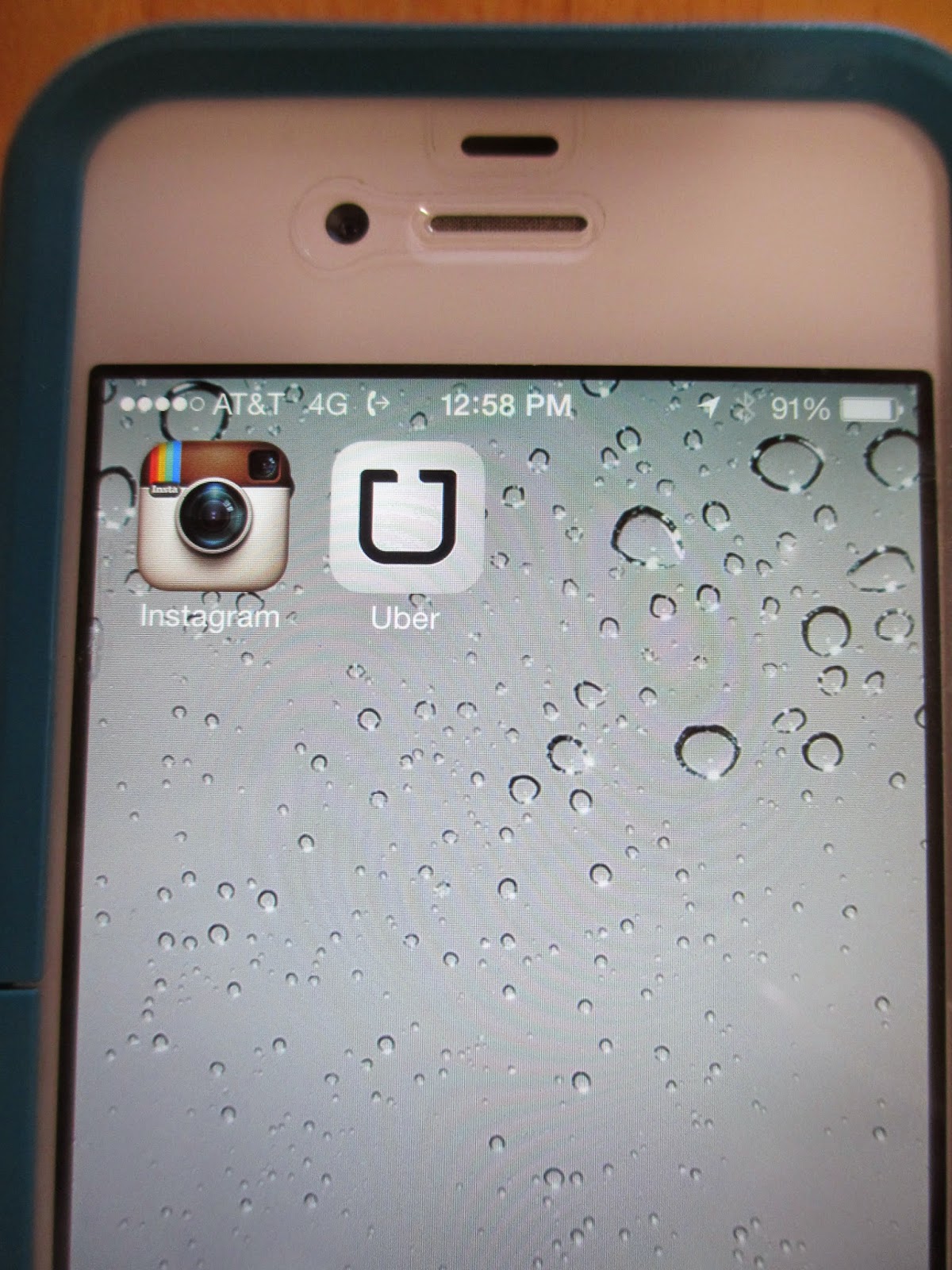 50 Years of Inga and Olof

Actually, we were 17. And we were two of a group of 40 exchange students from all over the U.S. boarding a Varig flight at JFK en route to Brazil for the Southern Hemisphere school year that started in March. It was below freezing in New York City when we took off, and a massively humid 95 degrees in Brazil’s deep-summer heat when we landed. My hair in the attached photo (at a stopover in Bahia, Brazil) tells the whole story.

Once we arrived in Brazil, we would be dispersing to all parts of the country. While my then-adventure-seeking self hadn’t had a nanosecond’s hesitation about this venture, the reality that I wasn’t going to see or talk to my family for a full year was starting to sink in. I had only turned 17 six weeks before.

An hour into our flight, I had ascertained that three guys, but no other girls, were headed to the same town just a few degrees off the equator as I was. Tim, Bill, and Olof instantly became my new best friends. At the time, there was no transatlantic phone service to our new home, and even mail often required a six week turnaround time – if it got there at all.

We would be living with local families and going to Brazilian schools. Since I’d had only two weeks’ notice that I was going, I spoke about 10 words of Portuguese. My host family spoke exactly three words of English: “hello,” “party,” and “Coca-Cola.” Language acquisition was strictly the immersion method. Learning enough Portuguese in the six weeks before school started was a fazer-it-yourself project.

I knew within weeks that Olof and I would be friends for life. He and his Brazilian “brothers” (from the family he lived with) were frequent visitors to my home. Olof and I were the only people in our then-world who could appreciate the profound overnight changes in our lives.

All-American teen Olof found himself in a world with a lot more freedom than he’d had before. That midnight curfew he railed about at home? A quaint and puzzling concept in his new town. On his first night there, his Brazilian brothers took him out to celebrate with a lot of cachaça drinking followed by the local whorehouse. (He swears to this day he didn’t partake of the latter.) The town was unpredictable enough that his family required him to carry a weapon, preferably a gun or a knife. Fearing he’d only hurt himself, he talked them into letting him carry brass knuckles instead.

Meanwhile, I experienced a time warp to the Victorian era. I couldn’t leave the house without a chaperone, required not only for my reputation (and the family’s) but for my own safety. I attended the local convent school where we dropped to our knees and prayed between classes. Olof and his Brazilian brothers would hang out across the street in their car waiting for me to come out of school, even though I wasn’t allowed to speak to unrelated males while in convent uniform.

Not that it mattered. I was usually too busy doling out cruzeiros to the lepers who waited for me outside the convent gates. My Brazilian family had warned, “Don’t give money to the lepers or they’ll be there every day!” Definitely not advice I was used to hearing on the first day of school. But I was so distressed by these heartbreaking people missing parts of fingers and noses that I couldn’t help myself. Treatment for Hansen’s Disease (leprosy) hadn’t yet made it to this impoverished area of Brazil. Mere weeks before, my biggest preoccupations were college applications and how my hair looked in my yearbook photo. Leprosy, not so much. As I noted in my new book, Olof’s and my early history was not one of A&W Root Beer dates.

I didn’t have any choice of curriculum as all the seniors in my school took the same classes. I had fortunately already studied French and Latin; translating them into Portuguese was problematical, since I had to get there via English. A lot got lost in the process.

As I also detailed in my book, Olof and I married other people the first time around but we stayed in touch in the pre-internet era via letter*. (* (noun, archaic): communication on paper requiring envelope, stamp, and physical address.) While both of our first marriages had ended in divorce, a fortuitous business meeting in San Diego for Olof in early 1987 brought us together in person again. After eight years of a commuter relationship, we married in 1995, 30 years after this photo was taken. At our wedding, a friend said she was glad to see we weren’t rushing into anything. 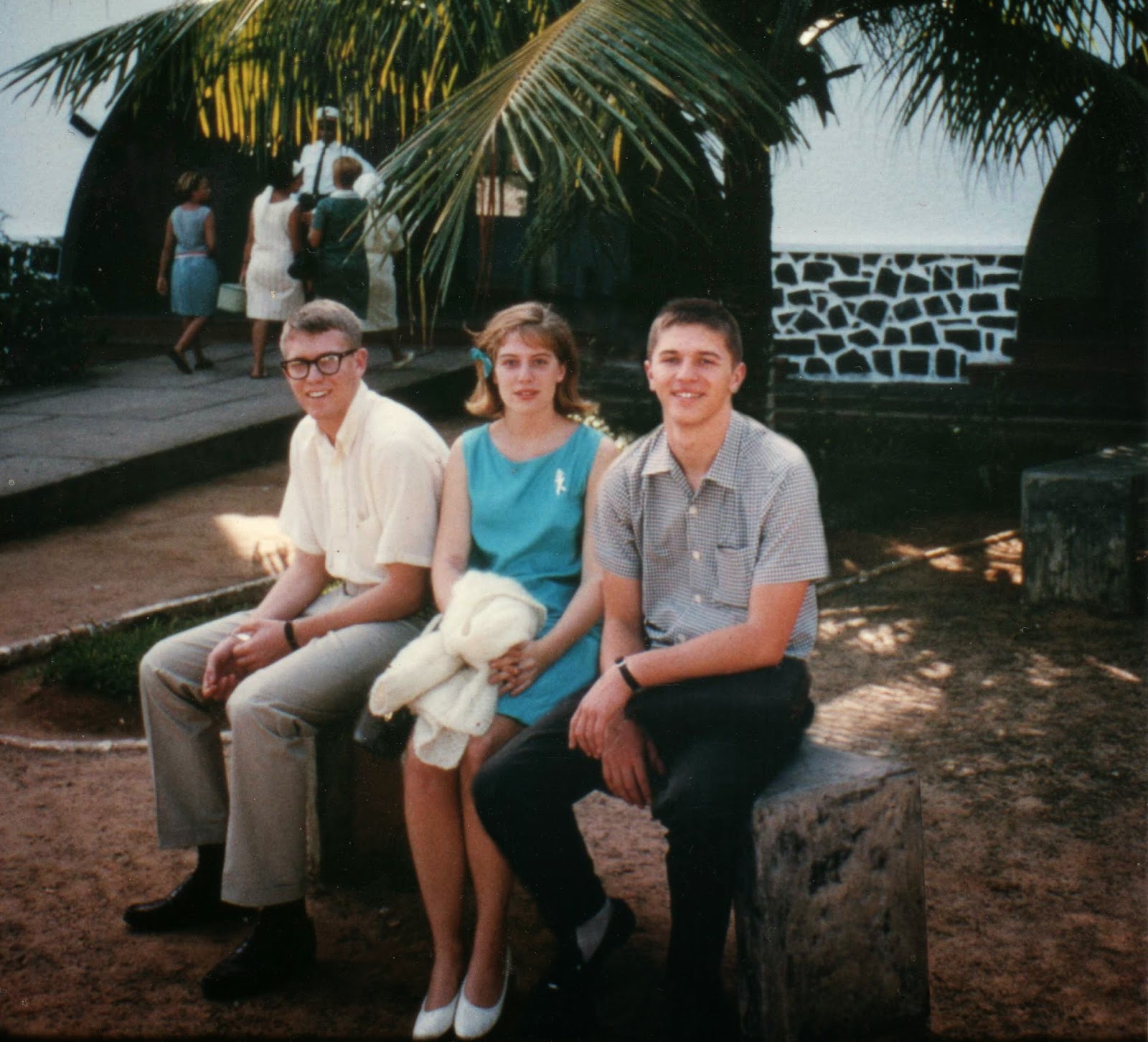