Just Fed Up With Everything

As we all know, sometimes the only thing you can control in life is your attitude.

At the moment, my attitude sucks. Completely. Totally.

I really do try to count my blessings. If anyone has little reason to complain about the impacts of Covid-19, it’s me.  I don’t have to keep a business afloat or Zoom school kids or pay $50,000 in tuition for a college kid to be sitting at home.  I’m not food insecure (what was wrong with “hungry”?) or living on unemployment.  So far, Olof and I are healthy. Ninety-nine percent  of Americans would probably covet my life.

So why do I feel like standing on my fire-hazard wood shake roof and screaming?

OK, election fatigue is a heavy contributor, a huge stress no matter what side of the partisan fence you’re on. In the past, the reward for enduring a year of robocalls, toxic television commercials, and a forest’s worth of mailers is that somebody actually gets elected and it all stops.  Not anymore. Or possibly ever again.

When we moved abroad for several years, we had to go to absentee ballots.  Best thing since sliced bread (which, by the way, revolutionized commercial baking in 1928. All those nice even pieces!)  Now when we watch the news on election day, we wonder why anyone who has the option of an absentee ballot stands in line for up to six hours. Instead, you could be sitting in your comfy reading chair with good light and a nice glass (or two) of chardonnay pondering the pros and cons of the various candidates and ballot measures.  I confess I often can’t remember how I voted on some of those measures after G.

Maybe people just lose their resilience as they get older. The prospect of being dead before the next election is giving me reason to live.

I remind myself that the nation has endured much worse and for far longer than we are enduring now.  Those poor folks in the Spanish Flu pandemic had just survived a brutal world war.  My mother was born November 1, 1918, the week of the highest number of deaths in that pandemic (55,000).  My grandmother nearly died of that flu. Fifty million people worldwide were estimated to have perished from it.

My parents grew up in the Great Depression, later serving in World War II.  They’d probably look at the current situation and say, “And you’re whining?”

Yup, I’m whining.  I constantly run all these facts through my head – my blessings, the lack of wars, the hope for January 20.  I remind myself to get a grip.

Normally I love this season. But this year:

Hanukkah festivities the week after:  cancelled.

I’ve barely seen the grandkids. I haven’t had a dinner guest since February. Instead, I’ve gained the Covid 19.  I just can’t seem to socially distance myself from my refrigerator.

With hair salons closed again, I’ll be reverting to my springtime “Nouveau Lion King” look. Massage places can stay open because their services are considered “therapeutic.” Personally, I consider not looking like a muppet very therapeutic. Maybe hair salons need to think outside the blow dryer. Rebrand themselves as lice control?

Every day has started to feel like Groundhog’s Day.  I’m getting up later and later, hoping if I stay in bed long enough it will be tomorrow. I can’t bear to turn on my computer and be assaulted with the latest election craziness, the climate crisis du jour, and the newest Covid restrictions from some elected official I increasingly hate.

I still talk to my parents (yes, I’m aware they’re dead) and ask them for their advice.  They’re inclined to tell me that maybe I have it too good. Maybe I need that failing business or Zoom-schooled child to get me up and moving and to stop wallowing in abject crabbiness.

It was certainly true when I divorced in 1983.  I had two preschoolers, a minimum wage job, and was eligible for earned income credit for women below the poverty line the first year I was single, thanks to my ex-husband’s vicious barracuda lawyer.  (In my first post-divorce will, I left a bequest to the two heroin addicts at Wind n’ Sea beach who were alleged to break anyone’s kneecaps for $500.)

In that era, I wasn’t worried about happiness.  I was worried about surviving.  And kids are really good about getting you out of bed in the morning, as is providing a roof over one’s head.

But no, I’m not wishing mayhem on myself just to kick start a better attitude.

Like most people, I’m just trying to have hope for 2021. I would never dare suggest that it surely couldn’t be worse than 2020. They might hear you. 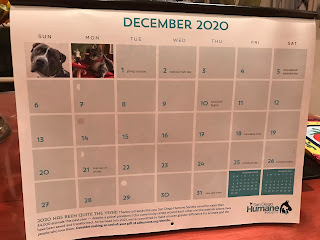 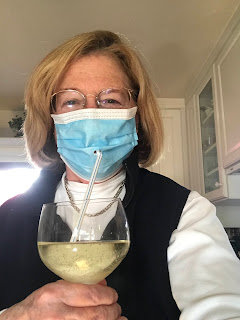 Still holding on to a good attitude last spring