Gifts That Keep On Giving

My children never got to know my parents so I’m always trying to think of ways to pass down their legacy. My folks were in one sense the ultimate odd couple – he a conservative Catholic and she a liberal feminist Protestant.  But their values were remarkably aligned in key areas: kids, community, education.  Both were scout leaders and school volunteers. Dad was chairman of the area United Fund campaign, my mother was Red Cross Disaster chairman. Mom taught ESL, helping her immigrant students get driver’s licenses and jobs, and taught American History to men at the nearby penitentiary.  In a move that probably didn’t make my father terribly happy, she once went door to door soliciting for the Bobby Seale Bail Fund.

I don’t get to see my five grandchildren nearly as much as I’d like since none of them lives in town.  So I’ve tried to find ways I can connect with them for a greater good.

At Thanksgiving, which we didn’t get to have together this year, I always sit down with the grandkids to help them research what charities they want me to contribute to in their names.  This year we had to do it remotely.

Ryder, age five, who previously was all horses all the time, has moved on to whales this year.  Fortunately WDC (Whale and Dolphin Conservation) has lots of child-friendly contribution options including various humpbacks and orcas with specific names, photos, and histories that can be selected by the child and about which the child will receive an adoption certificate and the whale’s personal history.  I have found over the years that the charities that have this option are perfect for engaging elementary-school-age children in the issues of a particular endangered or compromised animal.

In fact, probably the best gift I’ve ever given a child was to adopt for my granddaughter an Asian elephant named Shirley from the wonderful Elephant Sanctuary which rescues circus and zoo elephants and allows them to spend their golden years on 2,700 acres of idyllic land in Hohenwald, Tennessee. My granddaughter is devoted to Shirley.

While the elephants are deliberately not put on display, you can watch them on Ele-Cams set in trees around the property. When my husband had his heart attack in early 2018, my granddaughter informed me that both she and Shirley were praying for him.  When you’ve got an elephant praying for you, you know you’re going to be all right.

My granddaughter recently noted from literature that the Elephant Sanctuary sends her that Shirley and I are exactly the same age.  She was careful not to add “and weight.”  This year, she wanted to add donations to the ASPCA and Best Friends Animal Society to her list as well.

Anyway, my 5-year-old grandson opted to adopt a humpback whale named Mars.  I sent WDC the contribution and notified my son and daughter-in-law to have a 50,000-gallon tank ready on their patio by Wednesday.

My grandson Brooks texted me his charity pick:

Brooks:  Horses horses horses, horses and more horses.  Do you love horses as much as I do?

Me:  Thanks, Brooks! Let me research some options for you to pick from!  (I sent some links to charities that target retired race horses, wild horses, and general equine rescue to his parents to help him review.)

Brooks (next day): Mormor, can you pleeeeeeeease adopt Zippy from Falcon Ridge Equine Rescue?  [Please note this would require taking possession of an actual horse rather than a symbolic adoption.]  You have such a big front yard that would be perfect.  You would be my absalute [sic] favorite person in the entire world so please can you adopt us Zippy she would be a great horse. I have wanted a horse like that ever since I knew what a horse was.  [He is nine.]  (64 heart emojis followed.)

Me: Hi Brooks – I would love to adopt you a horse. But alas we are zoned (ask Daddy) against livestock (which includes horses).  Go figure!  Would you like me to make a donation to Falcon Ridge for you in Zippy’s name?

I was just trying to imagine the postal carriers and Amazon folks negotiating a horse between our gate and the front porch. Like we don’t have enough trouble with the dog.

Now, there have been some suggestions that all this largesse on my part has some benefit to me as well.  Still, my sons and daughters-in-law are careful only to refer to me as “Grammy Tax Deduction” behind my back.

So at this point, we’ve contributed to quite a few animal (and even a few people) charities and are now on every mailing list for pretty much everything.  But it’s been a wonderful antidote to otherwise trying times and I know it would make my parents truly happy too.  I’m just hoping Zippy doesn’t actually show up at my front door. 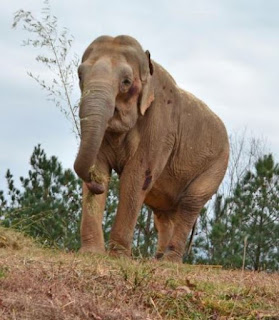 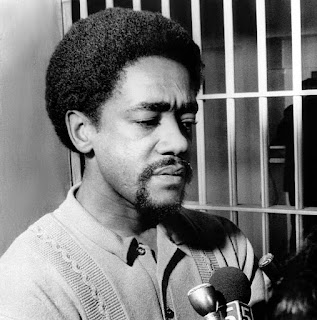