We're All Wacko In Our Own Way

Reading a story in the paper the other day about various psychiatric diagnoses being lobbed at current and former persons in power, I couldn’t help but concede that the DSM-5, the Diagnostic and Statistical Manual of Mental Disorders, hasn’t spared any of us.  We are all diagnoses at this point. In some ways I long for the days when it was okay to be just be wacko.

Let me be clear that I am not making fun of mental illness, plenty of which runs in my own family.  I myself come from a long line of chronically overwrought people; there’s definitely an anxiety gene there.  There’s a worrisome cluster of hoarders too, a few of whom would be shoo-ins for that A&E show.  Everybody seems to be on some spectrum.

Several years ago, I wrote about my concern that every TV program I watch was sponsored by anti-depressants.  Did they know something I don’t?  Is preference for these shows diagnostic in itself?  Is there, for example, a DSM-5 classification for people who watch TLC?  Something along the lines of “Obsessive Fixation on the Excessively Short, Obese, or Progenitive”?

As a parent, I would never suggest that people not have their child evaluated if they are concerned about the child’s behavior.  But be prepared for a diagnosis.  Both Olof and I became concerned some years ago (our kids were already adults) that every male child on our block seemed to have been diagnosed with ADHD – and most were taking medication for it.  Interacting with these kids on a regular basis, Olof had his own diagnosis: boy.  Most of them reminded him a lot of himself at their age.

Even our lawn mowing guy’s 18-year-old assistant introduced himself with, “I’m ADHD and bipolar.” But that’s one case that I would absolutely not argue.  This kid’s style was to turn up his iPod and kind of get into the Zen of gardening.  Unfortunately, whatever garden he was servicing didn’t appear to be in our galaxy.

There was no DSM category system when we were children but Olof didn’t escape a diagnosis even then.  Hardly an academic ball of fire in his early years, he was deemed an “accelerated non-achiever.”  It was a label that puzzled his parents for years. Did this mean he was gifted but not achieving? Or gifted AT non-achieving?  Regardless, he was not achieving. But somewhere along the way, he managed to up his game and ultimately achieved a degree in nuclear physics from Cal Tech. Sighed his mother (age 93), “If only we could have known.”

In an Abnormal Psychology class many years ago, a classmate queried the professor as to what constitutes a “normal” person.  She replied, “Normal people are those we don’t know well enough to know which ways they aren’t.”  We are all, each in our own unique ways, functionally compromised.

While never embracing being labeled a Follicular Auto-Eroticist, I’ll admit I can think of some new DSM classifications that would apply to me. I am hoping one of these might qualify me for state aid.

For example, when I think of my total lack of arts and crafts talent (to the dismay of my children when they were in grade school), I definitely suffer from Diorama Deficit Disorder.

While some people get right back on a horse after falling off, I could definitely be characterized as suffering from Life Aversion Disorder with Equine Metaphoric Phobias.

My utter inability to embrace technology and my ill-disguised frustration with it would more than justifiably label me as suffering from Severe Techno Disability with Tantrumy Features and Pathological Resistance to Software Upgrades of Any Variety.

At times I wonder if the whole diagnosis thing has gotten out of hand.  If Jesus were to show up for the Second Coming, they’d have him on a 72-hour psych hold before you could say “yeah, and I’m Napoleon.”  There may be a time (is it already here?) when all of our psychiatric diagnosis codes pop up as soon as you input your social security number.

And that, I think, is a real problem:  if a diagnosis is wrong, or, if you’ve been miraculously cured of say, your Equine Avoidant Personality Disorder, how do you ever get rid of it?  Nope, it will live on in some computer forever.

Sometimes I think we should just simplify the system to the three basic categories that seemed to exist in my childhood:

For a long time, it worked. 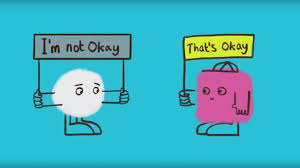