When A Root Canal Is Preferable To Calling Customer Service

I used to think that the most terrifying phrases in the English language were “It’s a simple outpatient procedure” and “Packed flat for easy assembly.”

But they’ve both been supplanted by the new, most dreaded phrase there is: “You’ll have to call them.”

Resolving anything by telephone has not been anyone’s first choice for information gathering or problem resolution in a very long time.  But (alleged) staffing shortages from the pandemic have made it a nightmare beyond all reason.

There’s nobody at the other end.

Late night comedian Jimmy Kimmel did a sketch last February about spending three hours on the 211 phone line trying to schedule vaccine appointments for his elderly parents.  This was supposed to be the alternative for people who couldn’t make the on-line vaccine scheduling system work.  Of course, the reason they couldn’t make it work was because it actually didn’t work.  But neither did 211. He never got humans.

It's a well-known fact that pretty much every business is struggling with understaffing, including and especially customer service lines.  And nowhere has that problem been more egregious than with airlines.

Four? Five? Six hours on hold with an airline has become routine.  People are trying to reschedule all those cancelled flights from last year or reschedule the constantly cancelled flights they’ve booked this year.  For reasons known best to the airlines, this cannot be done on their websites.  It is a major Technology Fail. Maybe Elon Musk can be persuaded to take over U.S. airline operations.

Our daughter-in-law, for example, has often bought a ticket on-line for their five-pound Yorkie to travel back east with them when they visit her parents in the summer.  But this year, a message popped up that she’d have to “call.” Why? Did the dog need a negative Covid test?  It was literally five hours on hold listening to the same mind-numbing recording. When she finally got a human, the transaction was completed within four minutes.

Unfortunately, her children’s school decided to require all students to be back and quarantining seven days before school was starting so the return dates of their trip had to be changed.  Another five-plus hours on the phone.

Airline horror stories abounded all summer. We were sitting outside in our front yard one night enjoying the sunset when some neighbors walked by, the husband holding a phone to his ear.  He said they’d already been on hold with an airline for two hours and finally decided to just go out to dinner while they were waiting.  When they walked by on their return, they were still on hold.

One can only speculate how many cell phones have been hurled against walls in frustration. Does one’s insurance have a Homicidal Rage rider?

Having to spend upwards of six hours listening to a recording about how your call is very important to them must begin, by the second hour, to sound like this:

“You have reached Lying Weasel Airlines. No one works here at the moment, except Fred.  He’s on his lunch break. Till tomorrow. Rather than remain on hold, you can leave your number for a callback by Fred.  In 2023. Please be prepared for the fact that if you ever reach Fred to reschedule your flight, you can expect that it will be cancelled yet again. Which means you’ll have to call back and start this process all over. If you do actually board one of our few aircraft that is actually managing to leave the ground, please be advised that no food will be served, your entire family may be summarily ejected if your two-year-old won’t wear a mask, our flight attendants will be in full Surly Gestapo Mode, we truly don’t care if you’re missing your son’s wedding/dream vacation/parents’ funeral, and if you so much as look at us cross-eyed, you’ll be on our permanent no-fly list. The next available agent still has 450 people ahead of you.”

No one should ever assault another human being, including an airline employee, but it is weirdly puzzling to me that the airline executives haven’t made this connection.

Flying this holiday season is truly an act of bravery.  Maybe bring a portable camp stool to sit on during those long waits in line when your flight is cancelled.  Also a Christmas carol book to add a little holiday spirit when you spend Christmas Eve at Gate 25.

I myself am staying close to home.  I’m too old and too decrepit. And too nostalgic for the era – there actually used to be one – when your call really was important to a business and airlines actually liked the passengers. I know – sounds utterly crazy. 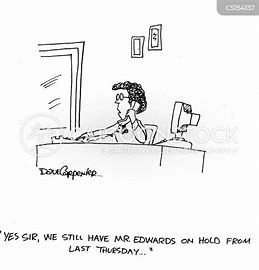 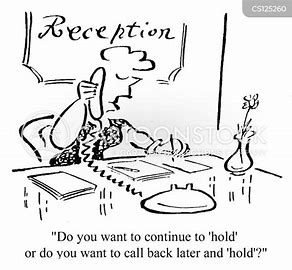