At a happy hour recently, we were having a contest about the cheapest person each of us had ever known. I actually entered three candidates. None of them won but they all got honorable mentions.
Fortunately, we’ve been surrounded by truly generous people for all of our lives which makes the pikers that much more memorable.
My first entry was a couple whom my former husband had known in college. He hadn’t had any contact with them in the 15 years since graduation when he got a call from them saying they were coming out to San Diego for two weeks and hoped to see us while they were here.  My then-husband enthusiastically agreed. A few days later another call: a mix-up about their accommodations had occurred.  Might they, and their toddler daughter, stay with us for the first two nights since their airline tickets were already purchased? OK, we said, but be forewarned that our house is not baby proofed. We had no kids of our own at the time.
They duly arrived but daily complications with their other accommodations kept arising. Vague excuses despite our specific queries as to where this housing was. Should be just one more night, they said. After a week, we started to get really suspicious.
They managed to be at our house every night for dinner noting that it was greatly preferable for a young child to eat at home rather than a restaurant. It became clear that short of changing the locks (we thought of it), we were not getting rid of them.
On their last evening, they arrived at dinner time bearing a gift “to thank us for our hospitality” (i.e. sponging off us for two weeks). It was a $10 cardboard-backed poster which they leaned up against the beautiful Tiffany hurricane lamp on our dining room table which promptly fell over and broke. Oops! No offer to replace it. Let’s stay in touch, they said when they left. We never heard from them again.
My second candidate was a woman I knew casually in college on the east coast who I ran into at a local alumni event. Our husbands seemed to hit it off so we ended up socializing with them. Both the woman and her husband had had their educations funded by the income from their trust funds and were each heirs to fortunes that would be familiar to you. But they liked to play “struggling young 20-somethings,” and while we fed them nice meals at our place, dinner at theirs generally consisted of bread pudding (no meat) as the main course with a salad, and for dessert, “frozen yogurt” – one container of Dannon per couple put into the freezer and served with two spoons.
You could see how these peoples’ ancestors had gotten rich. This couples’ favorite entertaining gambit was to invite their friends for a “bring your favorite wine and your favorite cheese” party – and then proceeded to put guests’ names on them to shame you into bringing a genuinely good wine and a genuinely pricey cheese. (It was alleged to engender conversation about one’s selections.) Suffice to say, they were able to stock their wine cabinet for months with the unopened bottles.
For my 30th birthday, they showed up at our house with cake and a “gift basket” (minus the basket). The gifts were two avocados from their tree and a book from a local library sale still marked $.25, all wrapped in newspaper, along with the bottle of wine we’d brought to the wine and cheese party. The supermarket cake was tagged “Clearance” to reflect its imminent sell-by date and read “Feliz cumpleaños.”
My last candidate was a fellow mom with whom I’d had the misfortune to carpool for a sports practice. She frequently bailed on her carpool days leaving messages on my home answering machine (she had my work number) that she was unable to drive that day because her husband wanted her to meet him for drinks at their club. (Only in La Jolla.) So it probably wasn’t too surprising when she showed up to the end-of-the-season pot luck team party at my house minus anything resembling a pot but carrying a large Costco can of beans. She wanted to make her chili at my house, she said, so it would be “fresh.” (I think chili does better after it’s been in the fridge for a day.) She then proceeded to appropriate my stock pot and ransack my spice cabinet for all the spices she’d need, making a giant mess in my kitchen in the process. Nobody ate it (since other people had brought actual food) so she graciously announced she was leaving it for my family, since of course, she couldn’t actually take it with her without stealing my pot as well.
As I said, all honorable mentions. You don’t even want to know the story that won.
﻿ 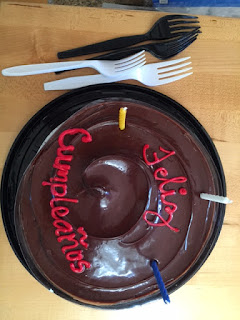 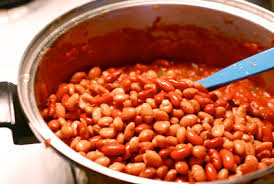