Recently I’ve been writing about some heavy-duty topics.  Trolls on neighborhood social media. Polio. Crime. The evil Franchise Tax Board.  So now it’s time to go with something lighter.  Like death.

A friend and I were recently discussing the fact that women who are dying often magnanimously tell the husband to marry again.  They want him to be happy.  They also know he’s completely helpless and even if she purchases a freezer for the garage and leaves ten years of frozen meals, he doesn’t know how to turn on the microwave.

Yes, I know that’s an incredibly sexist statement.  But why is it that widowed men tend to re-marry so quickly?

And why is it that you rarely (never?)  hear of dying men telling the wife that he wants her to remarry?  Well, partly because he knows there isn’t a snowball’s chance that this would happen. No need to waste his (dying) breath.

The odds just aren’t in her favor.  Guys his age are marrying women at least twenty years younger.  Like, he really really loves her but no offense, what guy is going to want his wife’s sagging menopausal body?  Fortunately, when he married her all those decades ago, she looked a whole lot, well, firmer. Nobody warns you.  Guys, alas, definitely age better.

My friend “Natalie” who lives in a very high-end local retirement facility says that when a single man comes into their community, either alone or because the wife he came in with dies, he is inundated with women bearing casseroles.  At the end of a year, observes Natalie, he marries the best casserole.  She has hardcore statistical data on this.

Personally, I wouldn’t want to remarry.  (Does this have a ring of that old saying, “If one of us dies, I shall go to Paris?”)  I’ve had two very fine men as husbands in my life, one who was really high maintenance, and one who is Olof.  And even I don’t want my sagging, etc. etc. body so why should somebody else?

But frankly, if I get electrocuted by that mortal coil thing, I do not want Olof to remarry either. Ten years after my mother passed away, my father married a woman, “Fang,” who was younger than any of his kids. She ultimately ended up with his estate.

To this day Fang is dining off my mother’s Limoges, which I am secretly hoping is leaching lead.

As I told Olof, I trust him implicitly.  Whom I don’t trust is the bimbo he marries after my untimely death.  Such has been the level of discussion that this individual is now officially referred to by both us and our estate attorney as The Bimbo.  She even has a clause in our trust.

I’m not alone.  We know of several cases right here in town where The Bimbo (or her evil twin, the Bimbo Caregiver) has appropriated substantial portions of the estate even before the decedent crumped. It’s a major growth industry.  Our estate lawyer said there really isn’t much you can do about that, assuming the geezer, er, pre-decedent, is at least sorta, marginally compos mentis at the time.  It’s his money to recklessly squander as he sees fit. #thinkingwiththelittlehead

But more to the point, he asks, don’t you want Olof to be happy?

Olof tries to maintain that it could just as easily be The Pool Guy who will cash in if he goes first.  But there is no mention of The Pool Guy in our wills.

I’ve had a glimpse into the dating world of widows from several friends, including “Eleanor” who is 80 and who has a stronger back and clearer mind than I do.  She has very much missed an intimate life since her husband passed away and besides, isn’t 80 the new 50?  Okay, 60. (Final offer.)

Eleanor does admit that suitable romantic male companions in her dating range (which she considers to be 75-90) are limited. So, she was delighted to be introduced at a fund raiser to a fellow octogenarian.  The spark was instantaneous between them.

They are very compatible, she reports, and he checks off every box on her list including and especially “still drives at night.” (After “doesn’t have dementia” and isn’t imminently dying,” that’s a strong third.)

She and the gentleman have gone out several times now and she’s thinking it might be heading in a more romantic direction.  Her body isn’t bad for someone who is 80, she says.  In fact, she’s probably in the top 2% of hot 80-year-old bodies.  She’s taken good care of herself. But, she confesses, the top 2% of terrible probably won’t win her any points.  Despite what 20-year-olds think, the spirit can still be willing even if the flesh is weak.

Will pharmaceuticals of the hot tub variety be required, she wonders? Since they must be taken in advance of romantic episodes, how is this broached?  This is all so definitely not in the acceptable parlance of her youth.

One could, Eleanor allows, have a more intimate relationship without going “all the way” as it was termed in both her and my generation.  “In fact,” she mused aloud, “at my age, penetration is probably overrated.”  (One can hear everyone under thirty charging for the nearest bathroom. Get over yourselves, kids, OK?)

She’s not looking to remarry at this point. She’s financially well set. He is too. So hopefully there won’t be too much blowback from their collective “kids” (who are in their 50’s).

I truly applaud Eleanor for her indomitable can-do spirit.  But frankly, if I end up in her situation, I’m going to Paris.  Alone. 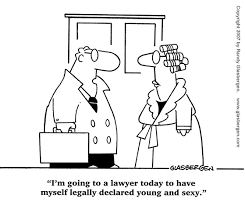