A few months ago, I wrote two columns regaling my readers with stories about how my older son, Rory, managed to terrorize me repeatedly by re-enacting scenes from horror movies he’d been allowed to watch at his father’s.  (I personally think my ex hoped I would suffer a heart attack and die, thereby absolving him from further child support payments.  He denies this.)

Multiple readers asked, “How did you not kill this child?” Well you should ask.

Rory was a diabolically creative child.  There was nothing he liked better than an audience so he looked for – and invariably found – public places to create excitement.  He was adopted so I was hoping to live long enough to meet the woman who had spawned him. Mysteriously, when I finally met her 10 years ago, she turned out to be totally normal.  So…Dad?

Rory cut his creative eyeteeth at the supermarket as a toddler maneuvering half gallon glass jars of apple juice over the side of grocery carts. He graduated to punching holes in an entire display of off-season tomatoes with a caramel apple stick. Buried his three-year-old brother under a five- foot display tower of stuffing mix by pulling out the bottom box. Pasted “100% pure beef” stickers from hamburger packages on my rear end. (I was always suspicious when everyone was smiling at me.)

Restaurants were another favorite place.  At his 10th birthday celebration at the Reuben E. Lee sternwheeler restaurant, a waitress carrying a huge tray of dinners over her head somehow encountered Rory’s foot. At the Mandarin House restaurant on La Jolla Boulevard, Rory managed to surreptitiously grease the water glasses with pot sticker oil so that they slipped out of the waiter’s hand and splashed all over the table.

If I sent Rory to his room, he’d open up both his windows and whack on his bed with a tennis racket screaming “Please don’t beat me, Mommy!”  Or worse:  “No, no, don’t touch me there!”  (Those stranger awareness classes in grade school were perfect fodder for someone of Rory’s imagination.)

His hand-made Mother’s Day card the year he was 10 read:  “You’ve been like a mother to me.”

My car radio stations were perpetually changed to Mexican polka music with the volume turned up high so that it would scare the bejesus out of me when I turned on the ignition.

Over the years, he evolved into more sophisticated but always unpredictable pursuits, even after he left home. In college he wrote his Abnormal Psychology term paper about me. And sent me a copy.

In 2009, during a weekend visit, Rory appropriated my 14-digit library card number sticky-noted to my computer and ordered me up a long list of books including The Book of the Penis (it came with an 8-inch ruler along the binding); The whole lesbian sex book: a passionate guide for all of us; and Coping with Your Colitis, Hemorrhoids and Related Disorders. He was aided and abetted by the public library website’s then-policy of announcing “your password is the last four digits of your phone number,” a policy now changed, presumably at the behest of other mothers with prankster sons. But once these titles were on the reserve shelf with my name on them, there was nothing to do but take them home and read them.  And write Rory a book report on what I had learned from each of them.

Soon after my 65th birthday, a woman called our home from an agency called A Place for Mom which services the severely memory-impaired.  She asked for my husband Olof, and when told he was at work, was greatly dismayed to learn that I had been left unattended. Puzzlingly, she seemed to have a great deal of information about me. When I adamantly insisted “I do not need institutional care!” soothed, “You seem to be having one of your good days, dear.” I don’t know why I didn’t suspect Rory immediately.

But it’s only fair to note that Rory can also channel his creativity into forces for good. Once when we were traveling to a family reunion on the east coast, our bags were lost when we arrived in Philadelphia. The baggage lady expressed total ennui until 11-year-old Rory, who had been entertaining himself wheeling around the baggage area in a wheelchair, rolled up to the counter, and feigning a pronounced facial tic, whined “Mommmmmmmy, I left my medicine in my suitcase.” The baggage lady’s eyes suddenly got big and she began typing faster and faster. Rory, thrilled with his success, began flailing in the wheelchair, finally falling out of it completely onto the floor. Our bags were quickly located and we had  passes to the VIP lounge while we waited.

So what does Rory do now, you ask?  He’s a therapist in private practice with a waiting list a mile long. And it’s exactly the right job for him. 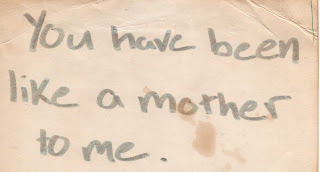 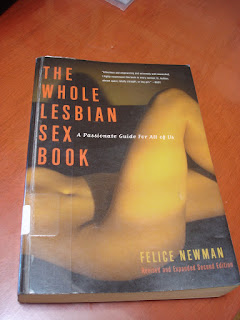 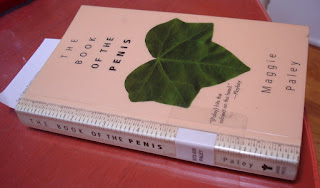