The Most Expensive Jell-0 You Never Ate

Before Olof even got home from the hospital in January after his heart attack and brain injury (from falling during the heart attack), I already had my spreadsheet set up and my phone log ready.  I knew from Olof’s 2009 surgery that went awry that my part time job in 2018 was going to be reconciling medical bills.

This time we were going to have bills not only for the cardiac cath lab, but for paramedics, ER services, twice daily head CTs, never mind assorted MRIs, the cardiac ICU, the trauma ICU, laboratories, the cardiac rehab gym, cardiologists, trauma surgeons, and neurosurgeons. Even the occupational therapy folks stopped by to say hello although Olof is retired.

Let me just say once again, he got fabulous care.  He’s alive and healthy because of all those people.  We are beyond grateful.

Who I am less grateful to is Scripps Health billing.  If the doctors operated on the same level as the hospital billing service, they’d be amputating the wrong leg. Reaching the billing people by phone is at least a half hour wait, often longer. They’re hoping you’ll just get fed up and pay the bill even though they’ve forgotten to credit you for payment by your secondary.  You know they got paid because you’ve got the EOB (Explanation of Benefits) from your secondary, dutifully logged into your spreadsheet.

I’m trying to think of the bill reconciliation as a sort of sadistic Sudoku game. I can see why people hire a service to handle this stuff. Because it will drive you TOTALLY EFFING CRAZY.

Of course, it may not be Scripps Health billing’s fault that what shows up on the Medicare and secondary insurance EOBs doesn’t always match up with their bills.  This appears to be because the twice-daily head CTs, for example, were all billed individually, but clumped together in mysterious combinations when we actually got a statement.  That’s the “game” part of it: trying to get any combination of EOB “You owe this amounts” to add up to the bottom line of a bill.  When I succeed, I’m deliriously happy.

The first few days that Olof was in the hospital generated a ton of EOBs that merely said “critical care services,”  “medical care,” “therapeutic services.” or “hospital inpatient.”  I’m just assuming that lots of people did a lot of all those things to him during that time.

Recently we got a bill from Scripps Health for $10.90. Usually if it’s less than $50, I just pay it.  Mental health move.  No point in my having a heart attack over Olof’s heart attack bills.  But there was no date of service and the Type of Service was listed as “recurring.”  I waded back through the Medicare and secondary EOBs and in a eureka moment realized that the co-pay for Olof’s thrice-weekly cardiac rehab gym visits was $5.45.  So this must be for two of them!  I was so excited I could hardly contain myself.

If you have large medical bills, you’ll get a form from Meridian Resource Company, an organization hired by medical insurers to drive patients into homicidal rage and/or despondency.  Their purpose is to make absolutely sure that you don’t have some other previously-undisclosed insurance coverage (Workers Comp, third party after an accident, etc.) so that they can hurl you into an endless perpetual loop of denied claims that will never be resolved, even after your death.

I’d dutifully filled out the Meridian form, keeping a photocopy, verifying that we do not have other insurance and that charges are for “A medical condition or age related condition that is NOT work or accident related.”

So, smack in the middle of (at least) $200,000 worth of medical bills, our secondary starts denying claims with the notation:  “Are group health insurance benefits for these expenses available from any other source? If so, please send us: name and birthdate of the other insured person. If you do not have any other coverage, please indicate such on this form along with your signature and date, and return to us for payment consideration.”

Now, the folks at Meridian aren’t as bad at customer service at Scripps Health but you can expect some serious hold time. They agreed, oops, their mistake, you DID send the form, they will go back and mark those denied never-ever-going-to-be-paid claims for payment consideration.

Of course, the EOB that really got our attention was the one for the ICU for “Room/board”:  $152,972.83. Olof definitely wants to dispute the “board” portion.  When he collapsed during his heart attack, he did a face plant into an armoire, which in addition to causing a brain bleed (do NOT have a heart attack near heavy furniture!), resulted in a mouth full of stitches.  So he couldn’t eat. Not even that nasty Jell-0.  So he’d like a partial credit. Not much, maybe $10,000.  We’re reasonable people. 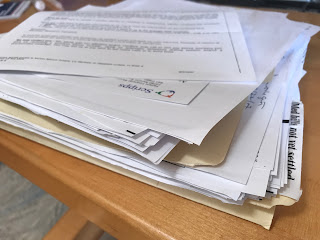